The second year of the biggest amateur cycling race L´Etape Czech Republic by Tour de France will offer its participants not only a new route, accompanying activities, and many other innovations, but also the opportunity to compete with a cycling star. Three months before the start of the event, the organisers, in cooperation with the main partner ŠKODA AUTO, announce a real sports delicacy.

Andy Schleck will be part of the peloton and will stand at the start of the race on June 11. The Luxembourg cyclist completed the Grand Tour nine times, won the famous classic Liège-Bastogne-Liège, and in 2010 achieved the greatest success of his career when he was subsequently declared as a winner of the Tour de France after the disqualification of Albert Contador. On the second Saturday of June, a day after his 37th birthday, he will be participating with amateur cyclists in the L´Etape Czech Republic by Tour de France 2022 race.

"The Tour de France will forever remain the biggest cycling holiday for me. With its tradition, sophistication but mainly amazing fans who create a unique atmosphere, it is one of the most famous sporting events in the world. The L´Etape by Tour de France project, which allows tens of thousands of athletes to taste the atmosphere of the race, is amazing.  I'm looking forward to having my premiere at this event in Prague," says the legendary cyclist and ambassador of ŠKODA We Love Cycling. 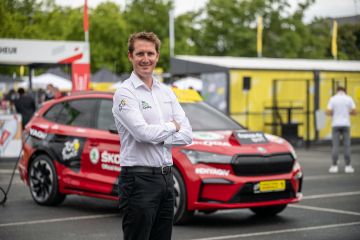 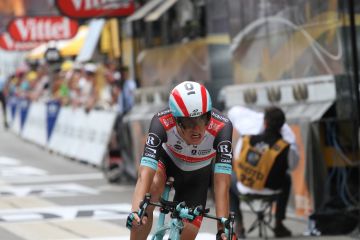 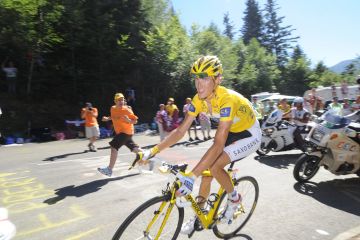 Thanks to the L´Etape's general partner, ŠKODA AUTO, all participants can look forward to this exceptional experience. "After the successful premiere of the race, we wanted to help to upper the level of attractiveness of the already high-quality level of the race," says Libor Šedivák from ŠKODA AUTO Czech Republic Marketing. We are preparing activities with Andy that will be run not only during the race weekend. We can reveal that Andy will personally visit the Czech Republic in spring before the event itself, “says Libor Šedivák, adding that all news about events with the participation of Andy Schleck will be available on the race website www.letapeczech.cz and also on the www.WeLoveCycling.cz

Of course, the organizers themselves are also excited. "It is great news that one of the living legends of world cycling is joining the great Czech ambassadors, led by Martina Sáblíková, Zdeněk Štybar, and Ján Svorada. In addition, Andy Schleck himself came up with the idea that he will stand at the start and will encourage all participants in both, Long and Short routes during the race. Sharing experiences from the track with the winner of the Tour de France is another work of the exceptional L´Etape puzzle," says the head of the organizing team Přemysl Novák, who also adds general organisational information: "All preparations are going according to the plan, we have already exceeded 1800 applicants. However, we still have a lot of work to do, but we are looking forward to the day D." The Luxembourg legend is also looking forward to Prague's Strahov, where the second year of the L´Etape will start: “A beautiful city, friendly people and also a country of many great cyclists. I am very glad that I received the invitation from ŠKODA AUTO and I can't wait to be at the start line with thousands of cycling enthusiasts,” concludes Andy Schleck.