A PAIN, BUT FUN. A VIRTUAL RACE WOULD ROUSE CYCLISTS AT HOME AND IN THE HARFA SHOPPING MALL

The premiere of the L'Etape Czech Republic Virtual Race by Rouvy was excellent. Hundreds of online enthusiasts, as well as former cycling stars Ján Svorada, Petr Benčík, and Jiří Ježek, took part in the exhibition programme in Prague's Harfa Gallery. The winner of the race was Jiří Petr, while Zuzana Boháčová won the women's race. 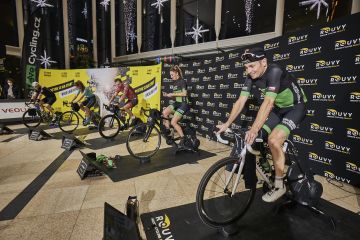 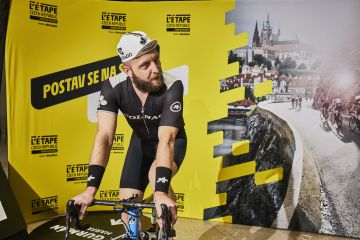 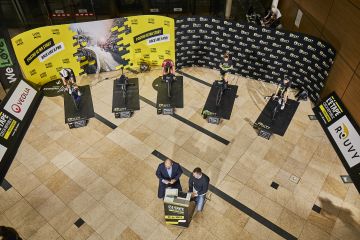 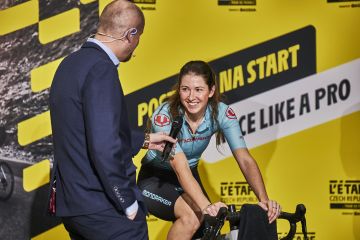 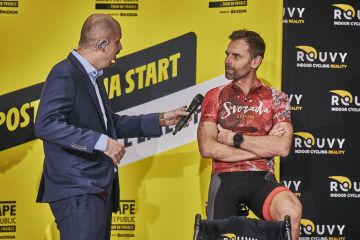 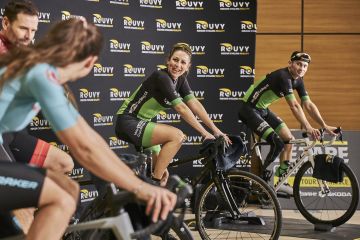 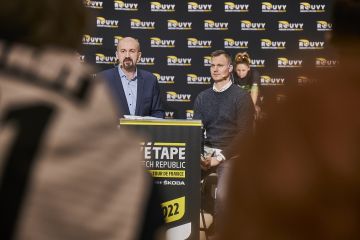 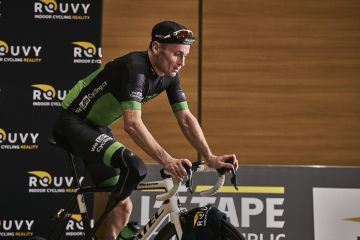 The almost twenty-one-kilometer long virtual section represented a segment of the real route that the participants of the second edition of the L'Etape Czech Republic by Tour de France will take on 11 June this year. The route, which included, among other things, a difficult climb from Pustovět via Laštovice, was best handled by Jiří Petr in 29:39.7 min, while Zuzana Boháčová won the women's category with a time of 34:25 min.

"It was a very difficult experience. I wasn't physically prepared for the race pace, although I keep myself in shape, and I struggled a lot. However, it was interesting to try the virtual race for myself. I was pleasantly surprised," said Ján Svorada, winner of three stages of the Tour de France. "The advantages of virtual racing are clear - during the long winter, one can ride in the warmth of home and get a lot of workouts in which is great," Svorada added.

"I was surprised at how the landscape is photographed. I enjoyed that a lot. But the race hurt. I don't even remember the last time I raced. Actually, I would talk about racing in the context of ten years ago, when I was finishing my career," admitted Petr Bencik. "I went to the saddle straight from work. During the winter I play hockey, cross-country ski, but cycling goes on the back burner. I prefer to ride in the cold than on the trainer. However, people must enjoy this kind of virtual environment. It was really fun," smiled Benčík.

The fastest of the aforementioned trio was Jiří Ježek in the colours of the We Love Cycling team, losing two minutes and fourteen seconds to the winner. "The route is in beautiful locations, which I know well from real experience. I moved nearby and I can't get enough of it," said the six-time Paralympic champion.

Winners in the men's category:

Winners in the women's category:

The best in the Beat the Best competition: