Martina Sáblíková: It's gonna be tough!

Martina Sablikova experienced euphoria and an extraordinary dose of enthusiasm in the saddle of a road bike. She didn't even hope for such a thing after she experienced such a huge disappointment in connection with the queen of cycling disciplines years ago. However, the L'Etape Czech Republic by Tour de France 2021 changed everything. "It was amazing, unbelievable, beautiful," said the 34-year-old star, who won the seventh Olympic medal in speed skating in Beijing this winter.

There are only two months left until the start of the L’Etape Czech Republic 2022. Have you started the preparation for the race?

Yes, I have. During the Olympic season, of course, I dealt with L’Etape only marginally as my main focus was on the Olympics. I follow the event on social media, so I stayed informed during the season. However, I quickly switched to cycling mode after the season.

You won the first year of the L'Etape Czech Republic by Tour de France last year. What are your memories? And do they relate exclusively to triumph?

Not at all! I was happy about the victory, but I was thrilled by the atmosphere. It was an amazing race.

So even the Olympic champion can still be amazed?

It was an incredible experience for me and I'm looking forward to experiencing the race again. I thought L’Etape would be like any other race. But I was wrong. The atmosphere was completely different.

At the same time, you have completed countless road races during your summer training.

Yes, that's true. However, the Czech Cup, for example, is a female race only. Comparing it to L'Etape, I could start with the boys here. They're faster, so I could have hidden a little. It was a great experience. Of course, one also perceives a huge package at the beginning of the race, accompanying vehicles, and people around the route. 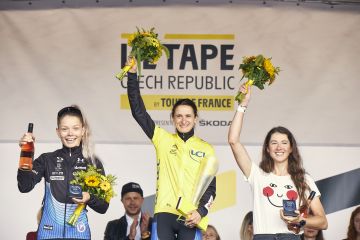 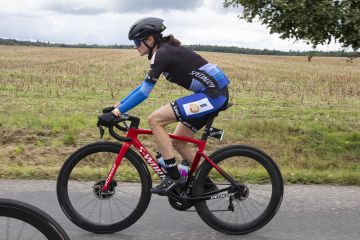 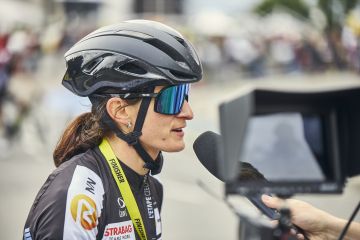 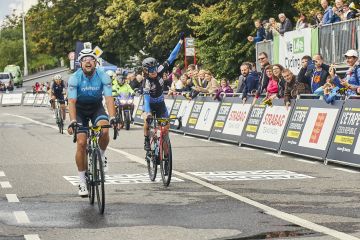 It's no secret that you're not looking for a peloton ride and you prefer you go solo in an escape...

I'm a little contradictory about that... When several hundred people left at the beginning of last year's premiere year of L’Etape, I was scared. But after a while, you get used to it. It's a big adrenaline rush. And an adrenaline every athlete needs to perform better. Right after the start, I had a very high heartbeat. I don't remember the exact numbers, but it went up over one hundred and fifty, which is far from my standard in the saddle.

Have you already studied what route you will have to take on the way to defend victory?

I have noticed from social media that this year's route is hillier. Even the premiere year did not seem quite simple to me. It will be a very tough race ...

There are several kilometers, but mainly altitude meters, which is 1900. So the profile is tailored for you because in the hills the package tears more and you will not be stressed by the risk of falling in flat sections, where it is of course better to ride in a group.

It is true. But when I remember the plain between Nižbor and Beroun by the river, it was beautiful. I had a nice drink there, ate, and rested.

This particular passage fell out. The plain was replaced, for example, by cubes ascending around Křivoklát Castle.

Yeah. I noticed that we have a nice massage.

Starting in the Czech variant of the race will not be your only participation in L’Etape events this year. As the winner of last year in the Czech Republic, you received an invitation to the jubilee thirtieth part of the original version. When did you find out that you have a guaranteed start in France?

It will be pretty rough. On July 10, the organizers chose the route from Briancon to Alpe d’Huez, which actually copies the twelfth stage of this year's Tour de France. You will conquer the legendary peak of the Col du Galibier, the Col de la Croix de Fer, and in the final of the famous serpentine in front of the destination town. A total of 4,700 altitude meters at 170 kilometers.

I usually go to train in Livigno, so I know very well what it means to start such a portion in one day. This is a very difficult test of strength. It will be a mess in the race. Probably the hardest thing is to start the pace so that one can stay with the forces until the end and not miss it. A really difficult task with such a portion of kilometers and hills. Maybe I could have it twice in a row in preparation for this year's Czech version of L’Etape ...

You do not hide your admiration for the competitors and the Tour de France itself. When you are on the route, you will wait for the peloton to pass three days after L’Etape.

Certainly. When I'm in France, I want to see a tough race.