L'ETAPE 2022: MORE BEAUTIFUL, HILLIER, WITH A KŘIVOKLÁT PAVÉ AND COBBLES

The premiere was stunning. L'Etape Czech Republic by Tour de France impressed in its first year. And the second edition, scheduled for 11 June 2022, promises an even more intense cycling experience. For participants and fans alike.

It was an exceptional feast at the end of the holiday season for seventeen hundred cyclists and thousands of fans along a route that was nothing like a real Tour de France stage through the Massif Central. In terms of difficulty and atmosphere. 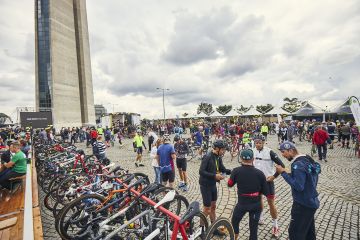 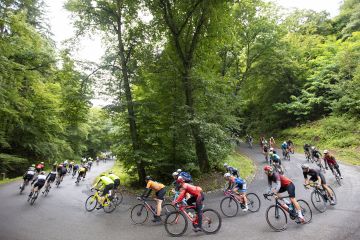 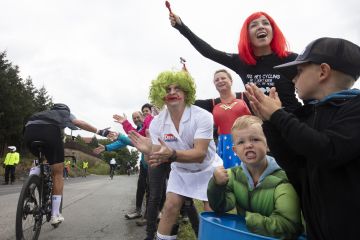 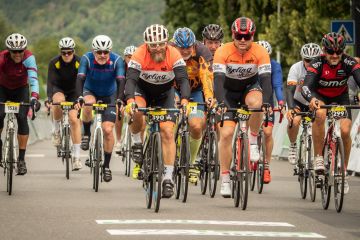 For the upcoming edition, the organizers have made several changes. For the participants themselves, the most important is the correction of the route. The stage for 2022 has been given a tough of spice in the form of two segments on cobbles, which will bring cyclist even closer to the real experience of a stage in the Tour de France. "Our aim is to make the route more attractive, we have added some iconic sections, while reducint the burden in terms of traffic organisation. In particular, the Long route has undergone significant changes, which will not only be longer, but will also add several hills - those interested can look forward to a portion of 136 kilometres and over 1,900 vertical metres." says project manager Přemysl Novák. 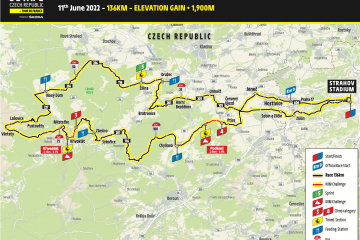 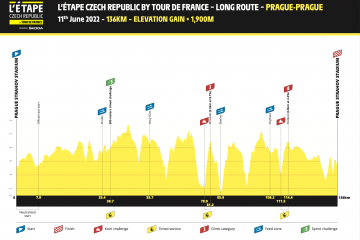 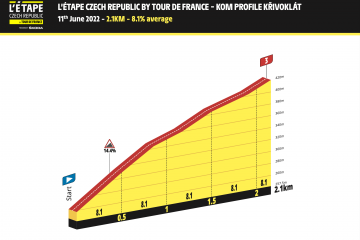 The length of the Short Route, whose difficulty will remain approximately the same compared to the premiere, will be 91 kilometres with a total of over 1,000 vertical metres. "The first stretch from Strahov to Hostivice will be non-racing again, the sharp start will take place on the border of the capital city of Prague and the Central Bohemian Region. A new flatter section through Hájek will follow, the peloton will then head through Unhošt', Horní Bezděkov, Bratronice, Dolní Bezděkov, Družec and Žilina to Ploskov, where the routes will split," Novák explains. 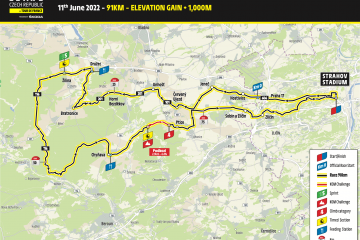 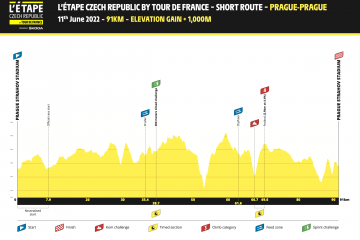 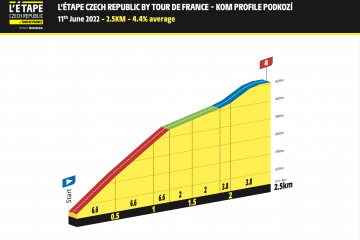 The Long route bites much more sharply into the region of the writer Ota Pavel. And of course, getting closer to his beloved river Berounka will also bring new hills. Before approaching them, the participants will get a proper wind in a five-kilometre stretch through Nový Dům, where it is usually very windy. And then come the climbing tests. The first one will be a long climb from Pustovět through Lašovice to Všetaty. Before the descent to Městečko there will be a climb towards Velká Bukova. And then a passage past Křivoklát, one of the oldest and most important medieval castles of Czech princes and kings. Eight hundred and sixty metres of climbing on cobbles will not be a romantic idyll. However, you will be far from the top. When you've climbed another fourteen hundred metres, it'll be time to take a breath.

"We wanted to avoid the village of Křivoklát when we first started. But it turned out that L'Etape Czech Republic by Tour de France 2022 itself has a great tourist potential," explains Novák, explaining that after the positive feedback, the organisers had a lot to argue with during the negotiations with the individual municipalities, and therefore the choice fell quite logically on a hill belonging to the history of Czech cycling.

The route will then return to the circuit of the first year. But when the cyclists pass the Dřevíč castle and take a short stop at the sign marking the beginning of the village of Nižbor, they will not go to the Berounka river! They will turn left uphill and take a long forest climb, which last year was a short downhill route, to reach Chyňava. Then they will follow the itinerary of the opening kilometres of the 2021 route, only in reverse. Riders will get a taste of the climb up the serpentine roads from Podkozy, where the villa of the tragically deceased billionaire Kellner is located. Minor corrections will be made to the route during the transfer via Sobín to Zličín and Plzeňská Street. "We are also planning to make adjustments to the route at the finish in Strahov to make it more attractive for competitors and spectators," Novák notes.

The biggest amateur cycling race on a closed route will now have a separate elite category. "We believe that this step will please especially true cyclists. The Elite category will include athletes with a professional contract as well as those who volunteer and want to compare themselves with the performances of top athletes," says Novák. The premiere edition was dominated by Daniel Turek, a former rider of the Israel Cycling Academy team currently working for the Austrian continental team Felbermayr Simplon Wels. The women's category was dominated by Martina Sáblíková, a three-time Olympic speed skating champion and multiple Czech champion in the road race. "I enjoyed L'Etape Czech Republic by Tour de France immensely, it was really a fantastic experience with everything. The fans flooded the whole route and drove us to the finish, their support was great. I am looking forward to the new edition on the new course and I will do everything I can to participate," said the world speed skating record holder.

Registration for L'Etape Czech Republic by Tour de France was launched in September. More than 1,300 cyclists are currently registered. "The huge interest is a confirmation of the good work we did during the August premiere. We are already attacking the number of participants of the first edition and the interest is not waning. The second edition will be an even bigger cycling festival, a huge challenge for us and all participants.

Those interested can still take advantage of the current 'Early bird' entry at a discounted price," Novák points out. There are only a few dozen units left at the discounted prices (Short route/2290 CZK and Long route/2690 CZK), after which the price will rise to 2790 CZK and 3190 CZK respectively.

"We are also currently running the Christmas in a Package competition, in which we are giving away great cycling prizes together with our partners - for example a road bike from Harfa Sport or a VIP trip to the Tour de France from Škoda Auto. Everyone who registers or buys a gift voucher by noon on 22 December will be entered into the draw," concludes Novák.

Gift vouchers are available at www.sportprozivot.cz.