GREEN JERSEY FOR THE BEST SPRINTER

The second most prestigious jersey in the Tour de France race belongs to the winners of the sprint points classification. While the yellow jersey is worn by the rider with the lowest total time on the Tour, the rider dressed in green has to have the highest number of points achieved. Historically, the first winner of this classification was the Swiss Fritz Schär. The record holder in the number of titles is is the Slovak phenomenon Peter Sagan.

The green jersey (so-called maillot vert) was first introduced at the Tour de France in 1953 in order to differentiate the overall leader in the yellow. The race was sponsored by La Belle Jardinière, which produced lawn mowers - which is why the organizers opted for green.

In the first years, the scoring system was guided by the number of penalty points that the competitors received for their placements, and the winner of the classification was the cyclist with the lowest number of these penalty points. However, since 1959, the system has changed and points have since been awarded to the fifteen best cyclists at the finish line of each stage. The winner will receive the most points. Every other cyclist gets less and less. The points also differ in the type of stages - the largest number of points is distributed on flat stages, less on mountain stages and the least on time trials. During the individual stages, it is also possible to obtain points within the speed bonuses, for example for the fastest passage of certain checkpoints.

The record holder in the number of victories in the sprint classification is the Slovak cyclist Peter Sagan, the holder of seven green jerseys.

Participants in the first year of L’Etape Czech Republic by Tour de France can also compete for the green jersey - both race routes will include sprint bonuses. 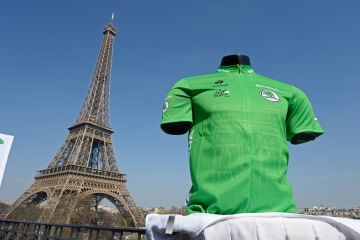 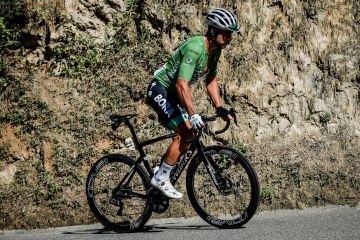 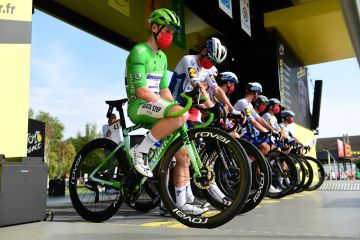 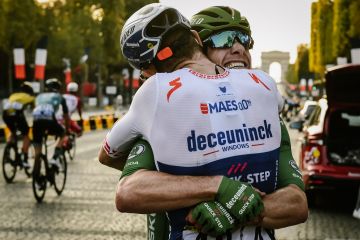