THE CHAMPION FROM PARIS IS LOOKING FORWARD TO HIS BIG DEBUT. AND HE WON'T MISS L'ÉTAPE A SECOND TIME!

Three stage wins in the Tour de France, including the famous triumph in Paris under the Arc de Triomphe, a total of eleven Grand Tour partial triumphs in his career,  and  incredible twenty-four Grand Tour starts! Yet, he is looking forward to making his big cycling debut. Ján Svorada will take part in the L'Etape Czech Republic Virtual Race by ROUVY on Friday and it won't be the only big debut of a legend of Czechoslovak cycling history this year... 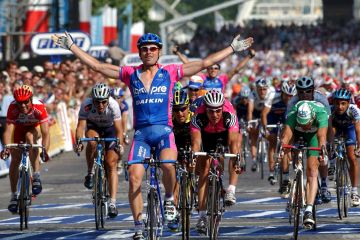 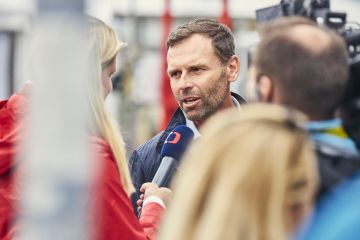 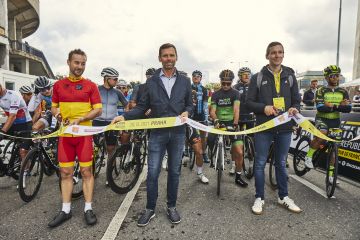 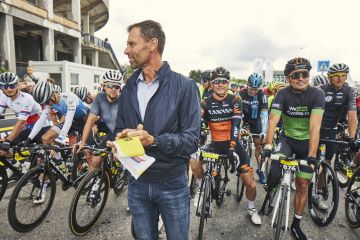 The L'Etape Czech Republic Virtual Race by ROUVY will be your first competitive event on simulators. Do you have experience with virtual cycling environment or will it be your debut on Friday?

None at all. It will be a big debut for me.

Have you been finding out from your friends in the cycling environment what the virtual environment entails and therefore what you can expect at Galeria Harfa?

I can imagine what it entails. Rather, I see my participation in the L'Etape Czech Republic Virtual Race by ROUVY as an opportunity to try everything for myself. My fitness is probably not at the level when I can afford to race at any dramatic pace at the moment. It would most likely kill me for at least a few days. So I'll take everything as an experience.

But I'm sure you have experience with the trainer from your professional career.

Understandably, because there was nothing else to do but use it in our climate during the winter months. Back then, there was no such thing as a virtual environment where you could choose a hill from a race. It was possible to add loads and simulate hills, so I mostly watched movies and kept track of the intervals myself on a stopwatch.

How much time did you spend on the treadmill in training?

Three or four hours. You sweat more than in a traditional environment, even if you turn on a fan or have a window open. I changed my shirt, even my shorts, because they were totally wet. These were unpleasant things that come with training on the treadmill. Cycling was my job, so I just did what I needed to do.

Nowadays it is common for professionals to spend several weeks, often months, in Mallorca or the Canary Islands during winter. Even amateur cyclists go to regular camps over there. What were the opportunities during your time on the World Tour?

We did our training in the heat. Especially at the beginning of the new year, when the season was approaching, which then started with the first races at the end of February. By then it was necessary to include special preparation and to ride more on the bike. It was mostly fortnightly blocks. However, the negative part was when you returned home where it was snowing and freezing, leaving no choice but to bridge the days or weeks until the next training camp on the trainer.

Today, cycling is a season-long thing. Did you try to maximise your training sessions when you were at home outdoors and therefore eliminate time on the trainer as much as possible?

I was an advocate of general training so usually by Christmas I preferred everything but the bike. I went to the gym, ran, played squash and ice-hockey. I even scheduled two-phase training a few times. When conditions were favorable, I'd get on my bike and ride for maybe just an hour or an hour and a half to keep myself in the saddle. It's quite a nice ride if it's slightly below freezing and the surface is icy.. Plus it doesn't blow as much in the woods as it does on the road where the terrain is more open. In the woods there is also a more frequent change of rhythm, so one gets warmer. However, if it was a few degrees above zero and the roads were wet, one was wet right away and clothes did not warm up. Then it was better to go on the treadmill.

A lot of the current elite riders are turning to cyclocross. Did you gravitate towards it as well?

I combined different sports into my training, but I never got into cyclocross. I was an advocate of jumping off the racing merry-go-round, so that one could relax mentally and not have to focus on results all the time. Cyclocross would mean having to concentrate on the next sharp starts. And there were plenty of those on the road from February to October. So the three months when you could switch off and don't have to race, just trained quietly, were great for the head. But I'm not saying it's not the right way. Everyone is different therefore it's very individual what suits the best to each athlete.

You never ran into the team management when you went to play ice-hockey in training? For example, Tomas Konecny, the current coach of the cycling team, suffered a broken leg while playing ice-hockey, which practically ended his career.

In Dukla,ice-hockey has always been part of the cyclists' winter training. I never met any resistance from the team management. And I wasn't afraid. Perhaps because I actually started with ice-hockey before I started cycling.

Do you train during the winter season even now, when it's no longer necessary because of the races?

I usually go cross-country skiing, I work out at home and I run. The treadmill doesn't tempt me. I put my bike away in October and normally I wouldn't take it out until spring. But I knew I had the L'Etape Czech Republic Virtual Race by ROUVY coming up, so I took advantage of the warm weather earlier in the year and got on my bike to at least saddle my butt.

Will participating in Friday's L'Etape Czech Republic Virtual Race by ROUVY be an episodic affair for you. Or can you imagine a virtual cycling environment becoming part of your training in the future?

I prefer to be outdoors. When possible, I go for a run or during the winter I go cross-country skiing if the conditions are good. But nobody gets younger. However, I don't say no to virtual environments. And to be honest, I fully understand people who come home late from work and use virtual environments. Cycling or running in the dark carries a risk of injury so a treadmill makes sense then.

As an ambassador, you are about to make your debut in the virtual L'Etape race, the real first edition of which you started in Strahov but did not finish. In five months, the second edition of L'Etape Czech Republic by Tour de France will start. Will you be at the start as a participant this time?

It would have been a very pleasant day if I had a nice ride. As it is, I just started the race and then waited for hours for everyone to arrive. To be honest, I was a bit put off by the bad weather forecast at the time. But it wasn't too bad in the end, so I was regreting that I didn't go. So if I there is at least a slight chance that I can participate this year, I will definitely ride the second edition of the L'Etape Czech Republic by Tour de France.