Read a great cycling article by one of our main media partners, iDnes:

It is August 1981, and the cycling elite are coming to the heart of Europe. Czechoslovakia is hosting the World Championship for the second time, and for the first time it includes a race of pros. Hinault, LeMond, Maertens, and at the finish line waiting legends Merckx and Anquetil. All this in a country where professional cycling is banned. The attention of the home fans and media is focused on the amateurs, including six Czechoslovaks. 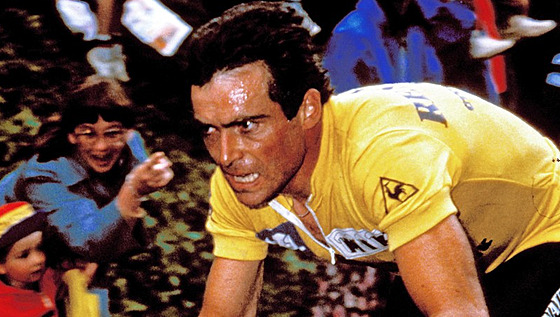 But let's stay in the present for a moment.

On August 28, the first edition of the L'Etape Czech Republic by Tour de France will start at Strahov, during which amateur cyclists will have the opportunity to experience the atmosphere of the famous race.

All of this almost exactly on the day 40 years after the world's best amateurs followed by professionals rode onto the Strahov circuit.

So let's go back to the beginning of the eighties and remember the Czech cycling holiday.

To Czechoslovakia for the World Championship

"A cycling rainbow has appeared in Prague," wrote the Rudé právo newspaper on August 26.

Between August 26 and 30, medals were handed out in four championship disciplines in Prague. First in the men's 100 km team time trial, then in the women's individual race, after that the best amateurs rode on the Strahov circuit. The whole program was then closed on Sunday by the pro duel.

Czechoslovakia had already hosted the World Cycling Championships in 1969 in Brno. However, the pro race was then held separately in Zolder, Belgium. In 1981, the absolute elite came to the exotic communist Czechoslovakia.

In the 70s and 80s it was the only World Championship in an Eastern Bloc country. Professionals were usually not allowed behind the Iron Curtain.

The domestic press paid most attention to the Saturday's amateur competition. Six selected Czechoslovaks were to secure the expected success in a competition of 188 other cyclists from 35 countries.

But it didn't quite happen.

Jiří Škoda left the biggest mark in the race, fighting in the breakaway. However, after being caught, he was not able to keep up with the pace of the leading group and the best Czechoslovak position was taken by Svatopluk Henke, who finished thirteenth in the spurt. "In the end, Henke, who is certainly not a typical sprinter, saved the honour of our colours," Rudé právo commented the race.

"Why did the best result of the Czechoslovak representatives go to the racer who is the slowest of all those who competed in the World Championships? With all due respect to Svatopluk Henke's performance and racing qualities, it should hardly have been him who could have saved at least a second-ten finish for our national team in the spurt," the communist central daily spared no criticism.

The same opinion was not shared by the national coach and former outstanding cyclist Pavel Doležel. "It was one of the best performances of our national team at the world championship, I am satisfied," he evaluated the race, which was surprisingly dominated by Soviet Andrei Vedernikov.

The Czechs, on the other hand, took home bronze in the four-man 100km team time trial thanks to Milan Jurčo, Michal Klasa, Alipi Kostadinov and Jiří Škoda.

Legend next to a legend

The decisive moment of the pro race came on the 17th circuit of 24, when a large group broke away from the peloton.

The Czechoslovakians, as in the whole race, were not represented. Professional cycling was then a forbidden dream for domestic cyclists, that ended up crushed under the verdicts of the communist rulers.

Missing from the group of runaways was also the biggest star. "The most popular cyclist these days in Western Europe," as Bernard Hinault was termed by the Rudé právo. The then fresh three-time Tour de France winner was a clear favourite.

Bernard Hinault (front) before the start of the race: 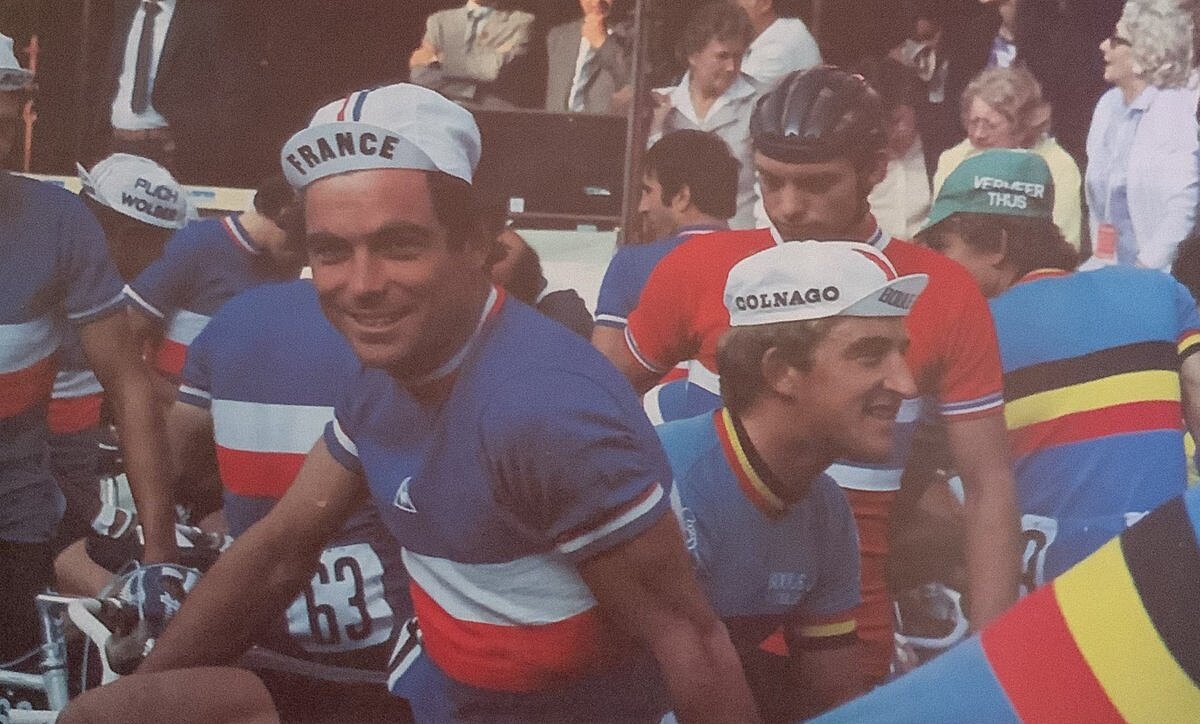 Hinault set off to chase down the breakaway group, took half a minute off his own pace and was able to fight in the spurt for a win after 281 kilometres.

But Belgian Freddy Maertens, who won his second world title in his career, was stronger there.

Maertens finishes ahead of Italian Beppe Saronni and Hinault: 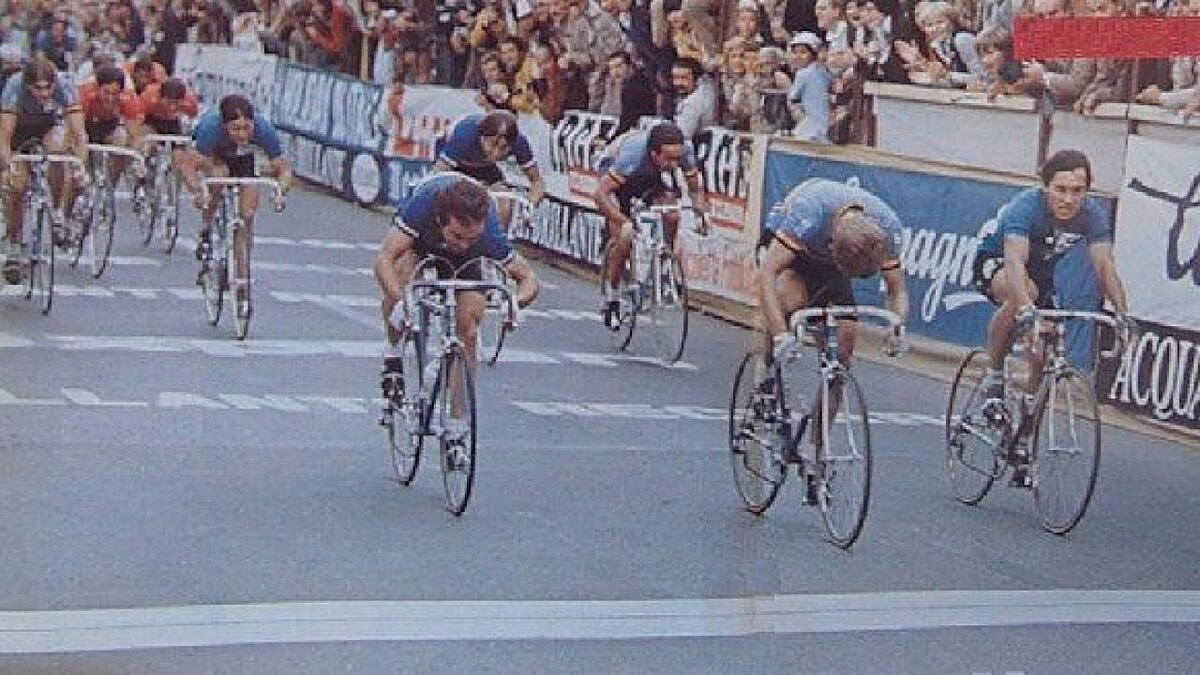 "One of Maertens' first congratulators was the most famous cyclist of all time, Eddy Merckx, who watched the Prague pro race, as well as other equally popular personalities of the cycling world, Frenchman Anquetil and Italian Gimondi," reported the day after the race Rudé právo.

The underrated Maertens enjoyed his 148th and last career victory.

"Nobody thought I could win," Maertens recalls. "I'll never forget at the team meeting the night before the race, when the coaches asked which riders thought they could win. I raised my hand," the Belgian recounted. But none of his teammates wanted to ride for him...

Summary of the professional race at the 1981 World Championships:

So Maertens sought help elsewhere. "I had nine Italians on my side," he laughed. "I was in the front group with all the Italians with me. I asked one of them what their plan was. He told me they were riding for Saronni," he recalled. From that moment on, he didn't let go of Saronni's bike and it paid off...

Finishing 47th with a minute was a 20-year-old American, then talented, now legendary. Future three-time Tour de France winner Greg LeMond made his world championship debut at the Prague World Championships. A year later he was second, and he won the next championship.

Celebrities of the 1981 World Championship. Adrie Van der Poel (far right), father of Mathieu van der Poel, wearing the Dutch jersey... On the left is LeMond, in the back the future winner Maertens: 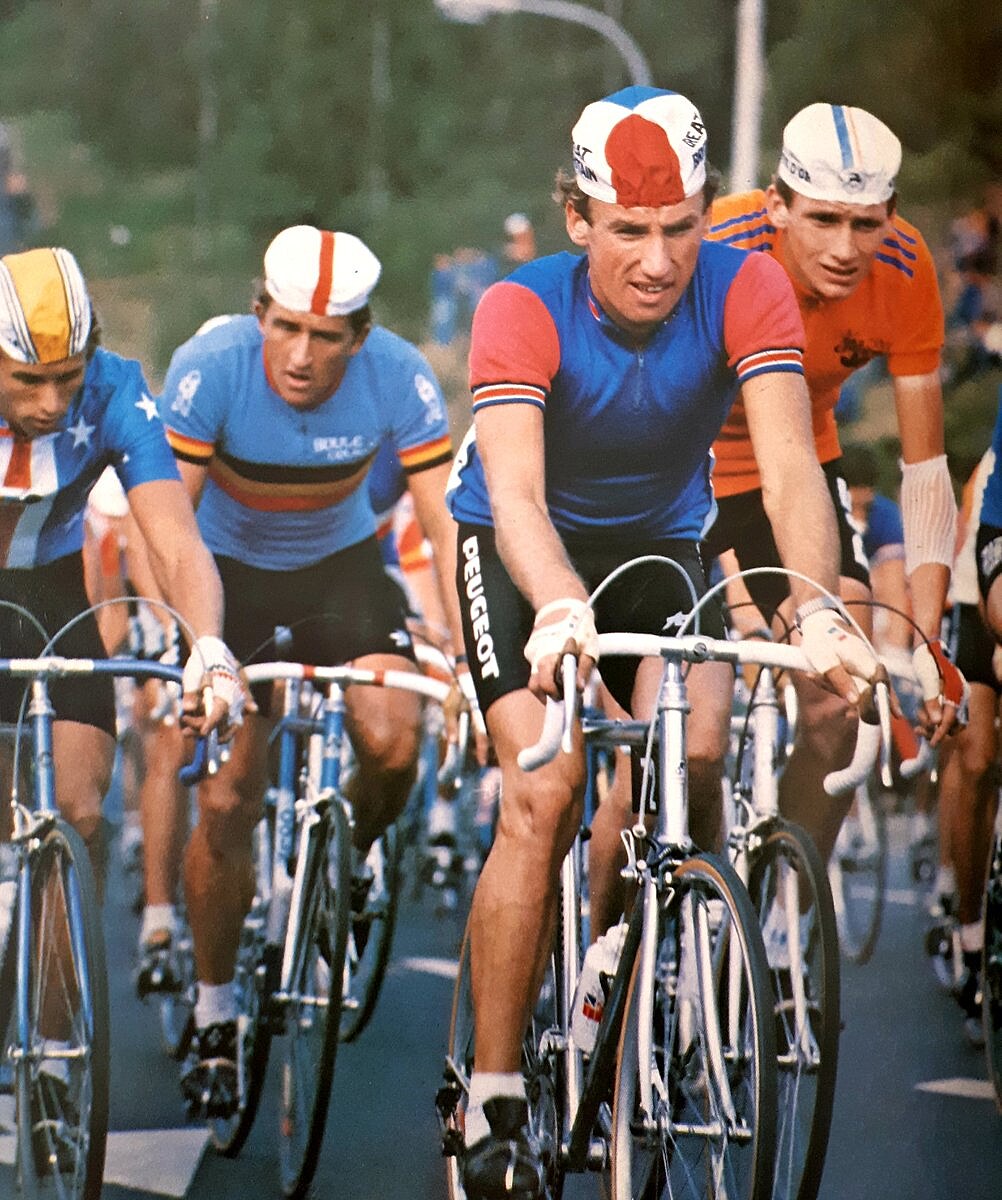 And what did the Rudé právo write about the pro race?

"The course of the race in our capital city was marked by contradictions in the national teams, as corporate interests also clashed with each other in the representative leotards. The Italians even exchanged opinions with their hands."

The L’Etape Czech Republic by Tour de France race is an opportunity for every one of you, who like riding a bike, to try a race with the design and background of the Tour de France. Organizers of the event on August 28 will be agencies Petr Čech Sport and Kolo pro život, as licencees of Amaury Sport Organization (ASO), organizer of the French Tour.

The Long route measures 130 km, the short one 90 km. Both start and finish are in Strahov, Prague. In the meantime, the cyclists will visit closed roads of Křivoklátsko, Berounsko and Czech Karst. They will fight for the yellow, green and polka dot jerseys.