I enjoy riding long distances! THE WINNER OF THE CHRISTMAS IN A PACKAGE COMPETITION STARTED CYCLING AT THE AGE OF 40

He was browsing online stores, looking for a bike that would make him happy before the new season. But he didn't have much luck... The phone rang and Pavel Havlicek gasped. He had won the grand prize of the Christmas giveaway for all those who signed up in the first wave of registrations for the second edition of L'Etape Czech Republic by Tour de France.
"I couldn't believe it. I asked three times if this was some kind of a prank. And then I checked everything on the internet," recalls the cycling enthusiast. 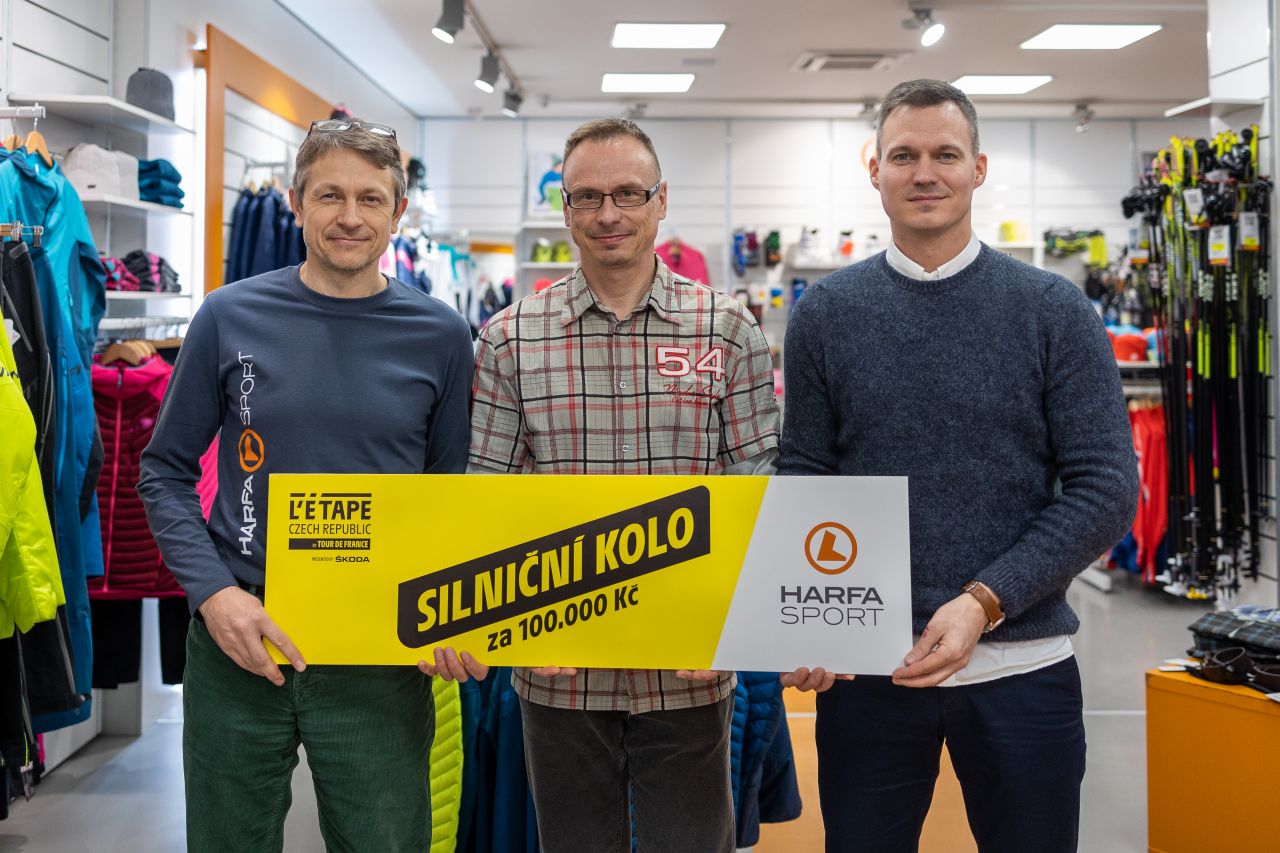 "I wanted to do fifty hundred-kilometer long rides during the year. I wanted to do a three-hundred-miler, to climb over three thousand metres in a single ride, and to cover at least fifteen thousand kilometres. I achieved everything," says the cyclist from Beroun proudly.
Exactly, Pavel Havlicek did sixty of those hundreds! He exceeded the total mileage by one thousand and on the last day of July he "swallowed" an incredible portion of three hundred kilometers in one day with an admirable average of 27.6 kilometers per hour! "I'm more of an endurance type. I enjoy riding long distances. Just going out for four or five hours," he shrugs.
The irony is that he didn't cycle until he was 40. "I was playing football since I was six. I just had to stop because of my knees. I was in pain. I played for an hour, and then I was unable to climb stairs for fourteen days," describes Havlicek.
His brother-in-law introduced him to cycling. "Firstly, I bought a mountain bike and rode it for the first season." It wasn't a "love at first sight". It was rather, building a "relationship" on a solid foundation.
"The important thing was that I didn't poison the bike on the first ride. It wasn't very intense, it was very gradual. However, I also had my legs trained more for strength from football, riding heavier gears. Now I'm riding lighter, cadence-wise," Havlicek describes the transformation.
In addition, he bought a road bike during his second season in the saddle. "The first three years I rode two or three thousand miles a year. But then the bike completely consumed me. The next season I put eight, then I jumped to twelve," recounts Havlicek that with the acquisition of a machine for the royal discipline in the likes of road, his love for cycling burst into full swing.
"I prefer mountain biking during the winter, but I still ride mostly on the road. Occasionally, I reach for a bike when I'm riding with my brother-in-law or friends when we're heading off-road. Otherwise, I spend ninety percent of my time on the road. Even in early spring, I try to choose my routes so that I'm on first-class roads, which tend to be cleared of winter grit. However, last year I also rode fourteen of my sixteen thousand on the road," admits the man who climbs into the saddle an average of five times a week.
"My kids are grown. And my wife is incredibly tolerant," he says, pointing out that he has the perfect home base. "I need the bike as a break from work. I manage a team of people and cycling is the perfect way for me to clear my head. Seventy-eighty kilometres for fun," he gushes, recalling summer rides when he is long in the tooth.
He does most of them alone. "Sometimes I do a hundred in one breath, so to speak, other times I struggle. Mostly I enjoy just enjoying the scenery," says the athlete, who most often sets off from Beroun in the direction of Rokycany. "It depends on what type of riding I am in the mood for. If I want to get fit, I choose a trip to Křivoklát."
The roads near one of the most famous Czech castles will be the venue of the second edition of L'Etape Czech Republic by Tour de France on 11 June. "I have ridden a lot of sections. But there are also segments that I have never ridden," Pavel Havlíček projects the route in front of his eyes.
"As soon as the weather is better, I will go for a ride around the whole circuit," he plans. "I didn't finish the first edition of L'Etape. But I have received nothing but great references from everyone I know. So as soon as the registration for the second edition opened, I immediately signed up and I can't wait for the start," he says.
He plans to ride twenty thousand kilometres on his new machine during the season. And switch from swings with three-digit mileage starting with a one to those with a two in the first column. "But the main thing is health. To have fun on the bike and to enjoy it."